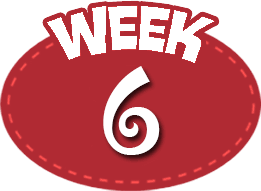 The sixth week of the coding period for GSoC'20 began on 6th July and ends today i.e. 12th July. The week went as expected and there were no major issues faced in the development process. I completed all the work that I had planned for this week. I was able to finalize the approach for implementing _include with the search queries and also completed a couple of tickets on _include for Location and Observation resources. Along with this, I also worked on some tickets in the FHIR module which were not related to my project like adding functionality for create, update, delete methods for Observation resource.


Tickets worked on during Week 6

I worked on five issues and the JIRA tickets for them are as follows:

The tasks for the next week include implementing _include for resources which have references associated with them. For now, I have created these four tickets to work on but will create JIRA tickets for other issues as and when I pick them. I aim to finish the _include implementation for most resources by the end of week 7. The JIRA tickets for issues I'll work on are:


Hoping for another great week ahead!